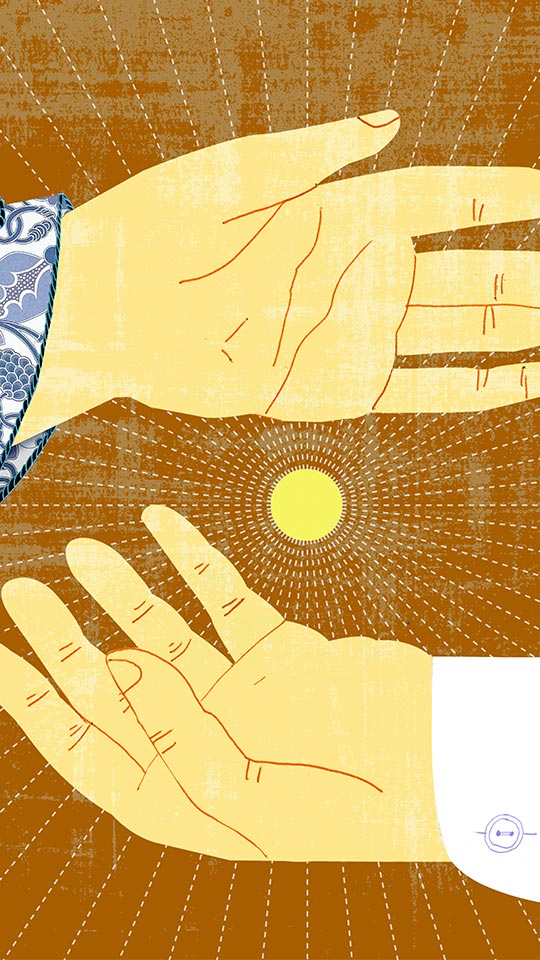 The venture capital industry is beginning to take a good, hard look at a new financial instrument coming out of the bitcoin community — Initial Coin Offerings, or ICOs.

What is an ICO?

Also known as “token sales,” this new fundraising phenomenon is being fueled by a convergence of blockchain technology, new wealth, clever entrepreneurs, and crypto-investors who are backing blockchain-fueled ideas. ICOs present both benefits and disadvantages, as well as threats and opportunities, to the traditional venture capital business model.

Here’s how an ICO typically works: A new cryptocurrency is created on a protocol such as Counterparty, Ethereum, or Openledger, and a value is arbitrarily determined by the startup team behind the ICO based on what they think the network is worth at its current stage.

Then, via price dynamics determined by market supply and demand, the value is settled on by the network of participants, rather than by a central authority or government.

Venture capitalists, who generally have been standoffish to the ICO phenomenon, are now becoming more interested in it for a number of reasons.

One is profits — cryptocurrency investors made some massive returns in 2016, with cryptocurrencies from Blockchain startups Monero and NEM both seeing 2,000% increases in value. For example, the cryptocurrency used for the Ethereum network, called Ether, saw its value double in just a few days in March 2017. Yes, in three days, people who invested in Ether doubled their investment.

Those investors can opt to cash out to a fiat-backed currency, or wait for the cryptocurrency to continue to rise (or fall). Volatility is a two-way street.

The second reason VCs are becoming more interested in ICOs is because of the liquidity of cryptocurrencies.

Rather than tying up vast amounts of funds in a unicorn startup and waiting for the long play — an IPO or an acquisition — investors can see gains more quickly, and can pull profits out more easily, via ICOs.

They simply need to convert their cryptocurrency profits into Bitcoin or Ether on any of the cryptocurrency exchanges that carry it, and then it’s easily converted to fiat currency via online services such as Coinsbank or Coinbase.

What traditional investors don’t like about any of this is the regulatory uncertainty; the high valuations and over-capitalization; the lack of control over financials, strategy, and operations; and the lack of business use-cases.

And like any industry, the ICO arena has had its fair share of outright scams, pump and dumps, and blatant Ponzi schemes. However, much of the criminal activity is now being mitigated by self-organized, crowdsourced due diligence in the community, as well as by external parties such as Smith and Crown, a research group focused on cryptofinance, and ICO Rating, a ratings agency that issues independent analytical research on blockchain-based companies.

At least one VC firm is moving into cryptocurrencies.

ICOs are the Wild West of financing — they sit in a grey zone where the U.S.

Securities and Exchange Commission (SEC) and many other regulatory bodies are still investigating them. The main problem is, though, that most ICO’s don’t actually offer equity in start-up ventures; instead, they only offer discounts on cryptocurrencies before they hit the exchanges.

What Initial Coin Offerings Are, and Why VC Firms Care

Therefore, they don’t fit into the current definition of a security, and are technically outside of traditional legal frameworks. Secondly, they are global instruments — not national ones — and they are funded using bitcoin, ether and other cryptocurrencies that are not controlled by any central authority or bank.

Anyone can invest, and they can even do so pseudo-anonymously (it’s not impossible to find out who people are, but it’s not easy, either). Currently, there’s no Anti-Money Laundering (AML) law or Know Your Customer (KYC) framework, though some companies are working on that.

One example is Tokenmarket, a marketplace for tokens, digital assets and blockchain-based investing, that has teamed up with the Stock Market of Gibraltar to offer KYC- and AML-compliant ICOs.

Detractors of these new funding schemes scream for structure and protection, point out the scams, demand more control, and say that without equity, investors don’t have enough skin in the game.

Meanwhile, proponents retort that there’s a real need for freedom to invest outside the accredited system, which sees the wealthy getting wealthier. They argue that the door needs to close on the domination of Sand Hill Road in Silicon Valley and other VCs and investors in the tech industry who have been making massive returns on the backs of entrepreneurs for far too long.

For blockchain startups, ICOs are a win-win — they allow startups to raise funds without having equity stakeholders breathing down their necks on spending, prioritizing financial returns over the general good of the product or service itself.

And there are many in the blockchain community who feel that ICOs are a long-awaited solution for non-profit foundations that want to build open-source software to raise capital.

20 of The Best ICO and Cryptocurrency Videos

Non-profits usually hold about 10-20% of the total cryptocurrency they issue; as Ethereum did in their ICO in 2014, with 20% going to the development fund and the remaining going to the Ethereum Foundation.

This is so they have a vested interest in building more value, as well as having reserves for growth in the future.

(As of March 2017, the market capitalization of the ether token was more than $4 billion.)

The market cap for bitcoin is now close to $20 billion, and half of that is allegedly owned by less than one thousand people, who are called “bitcoin whales.” Many of them are in China, but there are also hedge funds and bitcoin investment funds who hold massive amounts of bitcoin.

It’s now worth approximately $1,120 per bitcoin. These “bitcoin whales” are currently the ones who make or break many of the ICOs. Some of the enormous profits they have made in bitcoin are being channeled back into innovation, as many of them seek to diversify holdings, as well as support the ecosystem in general.

More than $270 million has been raised in ICOs since 2013, according to Smith and Crown (not including the $150 million raised in The DAO scandal, which was returned to investors). Since 2013, there’s been about $2 billion invested in blockchain and bitcoin startups from the VC community.

How to Value a Cryptocurrency

ICOs are becoming more and more popular for startups seeking to get out of self-funding, bootstrapping starvation mode and avoid being locked in by venture capitalists, watching their own equity drown in a sea of financing rounds. ICOs are dominating the overall crowdfunding charts in terms of funds raised, with half of the top 20 raises coming from the crypto-community.

In a recent conversation, MIT scientist and author John Clippinger described the vast potential of this new movement to me as such:

One way of thinking about a crypto-asset is as a security in a startup, which begins with a $10 million valuation and becomes a $10 billion dollar entity.

Instead of stock splits, the founding crypto-asset gets denominated in smaller and smaller units; in this case 1,000 to one. Here, everyone in the network is an equity holder who has an incentive to increase the value of the network. All of this depends upon how well the initial crypto-asset and its governance contract are designed and protected.

In this instance, good governance, e.g. oversight, yields predictability, security, and effectiveness, which in turn creates value for all token holders.

Just as venture capitalists are taking a hard look at this new phenomenon, so should we all. It’s not just about the money that can be made; it’s also about funding blockchain projects and, in the near future, other startups and even networks, as Clippinger noted. 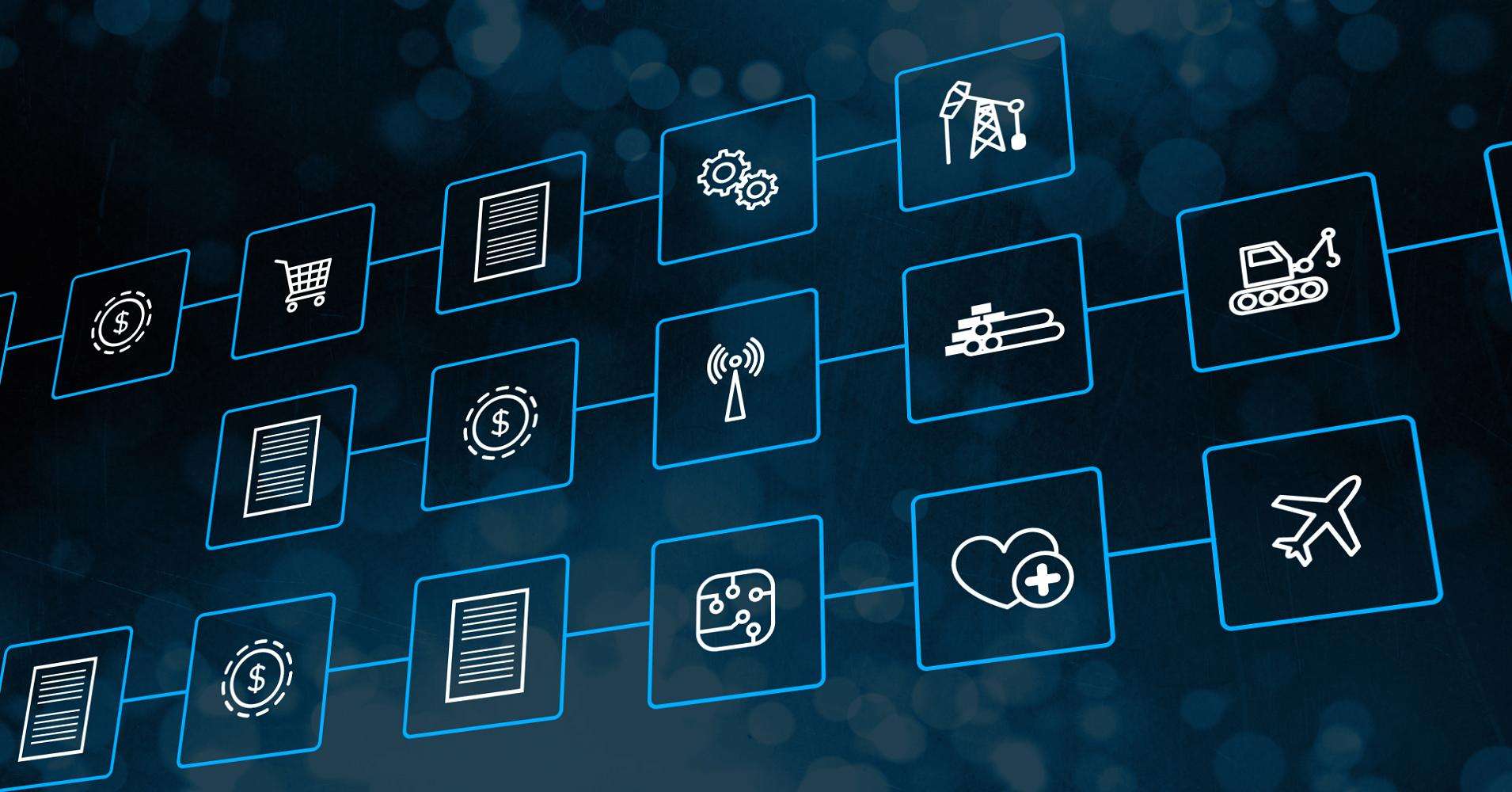 We now have a way to easily fund open source software, housed under foundations rather than corporations, that can truly drive faster innovation. Right now, blockchain technology is at the stage where the internet was in 1992, and it’s opening up a wealth of new possibilities that have the promise to add value to numerous industries, including finance, health, education, music, art, government, and more.