Floating Island Will Have Own Government Cryptocurrency 300 Houses It’s truly a brave new world. Political scientist Nathalie Mezza-Garcia is in the process of creating a community that’s straight out of a utopian (or dystopian) novel.

Mezza-Garcia, a researcher for Blue Frontiers, describes herself as a “seavangelesse,” meaning an evangelist who has decided to live in the ocean. She is heading up a project appropriately dubbed the Floating Island Project. The program is a partnership between the Seasteading Institute and the French Polynesia government.

Floating Island Project to Have Homes, Government, and Its Own Crypto

The pilot program will seek to build 300 houses on an island near Tahiti in the South Pacific. The community will have its own government and operate using a cryptocurrency called Varyon.

Both the Seasteading Institute and Blue Frontiers have sold tokens of the Varyon cryptocurrency as a way to raise funds for the project. The island could cost as much as $50 million to create and is on track to be finished in 2022. Mezza-Garcia adds that there is “significance” in the fact that the project is taking place in a part of the world where rising water levels threaten to literally make islands disappear under the sea.

The island is designed to serve as a business center that’s free of government control and regulation. 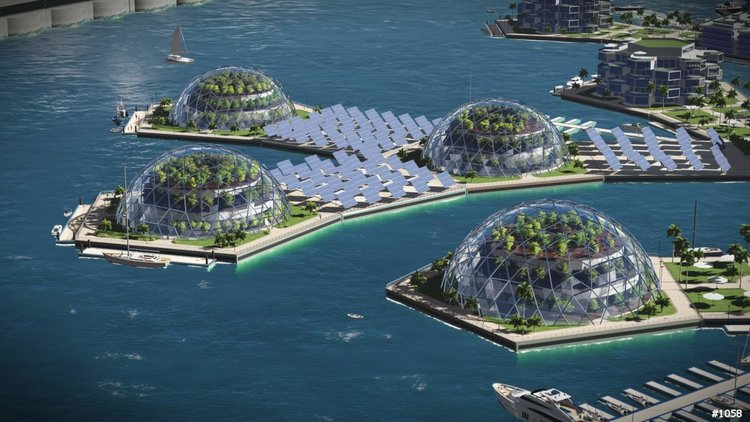 The community would govern itself, making it ideal for those who have been forced to leave their homes for one reason or another, as well as people who have become disillusioned with the current role of state governments in our lives.

“This means there is stability, outside of fluctuating geopolitical influences, trade issues, and currency fluctuations — it's the perfect incubator,” says Mezza-Garcia.

“Once we can see how this first island works, we will have a proof of concept to plan for islands to house climate refugees.”

While this is merely a pilot project, Mezza-Garcia believes there could eventually be hundreds of tiny, self-contained countries floating in the ocean, giving people more options and more freedom with regard to where they live.

“If you don't want to live under a particular government, people will be able to just take their house and float away to another island,” says Mezza-Garcia.