Why do Republicans stick with Donald Trump?

It’s a question I’m asked again and again by Democrats, “Never Trumpers,” and journalists. But the answer is simple.

For years, Republican voters wanted someone — anyone — to come along and do two things: stick it to the Clintons and punch back against the media-Democratic Party alliance that fires on every Republican brave enough to stick a head out of the foxhole.

If you attended any GOP fundraiser or grassroots event between 2000 and 2016 — and I went to hundreds — you heard this sentiment over and over.

And over. And over.

The secret sauce is Trump’s continued deliverance of an attitude for which Republicans thirsted for years.

For Republicans, it seemed like those awful Clintons got to play by a different set of rules than the rest of us. And they always seemed so smug about it. Many had tried and failed to oppose them. The first Bush and Bob Dole, decent men and dedicated public servants, were steamrolled by the Clintons in ’90s.

Sure, we had George W.

Bush after Clinton was termed out, and Obama managed to knock Hillary down a peg in 2008. But she still wound up secretary of State while Bill traveled the world, racking up speaking fees and foundation tributes that would embarrass Croesus himself.

For finally bringing them to heel, alone, the president has earned the forever gratitude of virtually every Republican. The rest hardly matters.

Admit it. Republicans have broken politics.

Like the high school quarterback who took his team to the state championship, Trump will never buy a Diet Coke in the proverbial Republican saloon again.

And the barkeep will hang Robert Mueller’s report in the back of a urinal.

Republicans waited a long time. They became angrier and angrier as a succession of honorable leaders — think George W. Bush, John McCain, Mitt Romney — were portrayed by the media as stupid or feeble or criminal while Obama and the Clintons were treated with near-reverence.

Republicans waited through the Obama years, simmering with rage as the country lurched dramatically leftward and anti-Christian sentiments flourished.

They seethed as traditional Christian values were mocked and barred from public policy decisions. If a baker doesn’t want to make a cake for you, leave him the hell alone and find someone else.

The natural conclusion of this pent-up anger finally boiled over in 2016.

Enter Donald Trump, the only Republican candidate who understood the actual consumer demands of the Republican marketplace: Be strong enough, bold enough, crazy enough and ruthless enough to beat the elitist media and Hillary Clinton, who is slipperier and meaner than a wet panther.

GOP voters assumed he’d basically govern like a conservative. But who had the nerve to absolutely and unapologetically take on the tormentors?

Who had the guts to, oh, I don’t know, put all of Bill Clinton’s female accusers in the front row during a debate? At least Trump owned his playboy lifestyle, unlike the hypocrite Clinton.

Embarrassing and tough to defend? 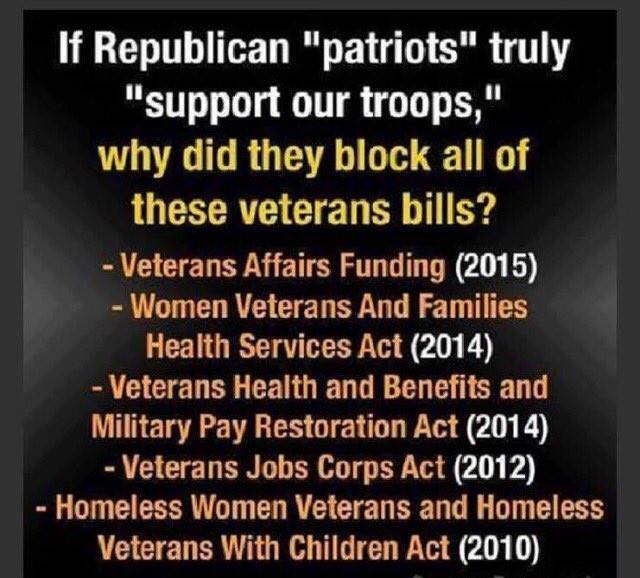 Sure. Deal breaker? No way.

And when he achieved the presidency, Trump delivered. His campaign had sent the message Republicans wanted to hear — I take crap from no one. Everyone on this primary ballot will show their belly, he said in effect; I will show them my fists.

Trump isn’t a politician but he alone in a crowded primary field realized how much Republican politics had changed.

Darrell Hammond, the best Trump actor “Saturday Night Live” ever cast, summed it up best: the president is a “genius empath.”

Unencumbered by the pablum that traps most politicians, Trump is a perfect mirror when he takes the rally stage. The attendees see themselves in him; they don’t talk or think like politicians, either.

And though their lives don’t permit them to attack those they find aggravating, they can live vicariously through a president who does it for them. This is especially true for rural folks, looked down upon as hicks and rubes by the coastal elites for a very long time.

Bless your hearts, we do cling to our guns and religion because they are a deeply meaningful part of our heritage.

Is Trump a perfect representative of the disrespected rural Republican, who goes to church on Sunday and worries about what cavalier, liberal attitudes toward life and marriage mean for the future of their country? No, of course not.

But elections are about choices, and Trump will get the same benefit of the doubt from evangelicals in 2020.

He’s a sinner, they’ll tell themselves, but at least he respects our pastors, doesn’t make fun of our beliefs and fights for the babies who can’t defend themselves against Ralph Northam and Andrew Cuomo. We didn’t hire a barbarian to sing soprano in the choir; we hired him to beat back the savages.

Trump’s attitude in office has been exactly what he previewed during the campaign.

And his enemies — the media types who flog Trump day and night — have trust deficits that cap their reach and ability to dent Trump’s core support: When nearly 60% of Americans think the media does “not understand people like them,” according to the Pew Research Center, how are news reporters and commentators supposed to convince Americans that Trumpism is destroying the country?

Like any marketing virtuoso, Trump knows his competitors better than they know themselves.

As to policy, Trump has basically governed the way you’d expect a GOP president to govern.

He cut taxes, rolled back Obama’s regulatory regime and appointed bushels of young conservative judges to go with two rock-star Supreme Court picks. And polling shows GOP voters stand with Trump on stemming illegal immigration more than the congressional handwringers, who are now scrambling to explain their opposition to Trump’s wall declaration in places like North Carolina.

But it isn’t policy that drives Trump’s staying power.

After all, doing basic Republican stuff is what he is supposed to do. No, the secret sauce is Trump’s continued deliverance of an attitude for which Republicans thirsted for years.

Enter the Fray: First takes on the news of the minute »

Trump’s approval rating among Republicans, near 90% in the latest NBC News/Wall Street Journal survey, is unquestioned.

He is in full control of his party, and that will not change. So stop asking.

Trump isn’t a lock for reelection, of course. Any fair accounting of the 2018 midterm shows the challenges he faces in suburban areas (“yoga moms and their husbands,” as one pollster put it to me last October). And Mueller could always produce a bombshell we don’t know about.

But attitude and gratitude, along with the natural advantages of incumbency, will never allow the bottom to fall out.

Trump won in part because huge swaths of the country thought Barack Obama had taken us too far to the left, too fast.

Democrats racing toward full-blown socialism in 2020 could give Trump a platform to essentially run the same race again — I’m not perfect but these folks will have us carrying Little Red Books full of AOC’s tweets before we know it.

2020 promises a close race, and one that Trump is fully capable of winning.