Instead of hypothetically tracking cryptos throughout the year, I made an actual $1000 investment, $100 in each of the Top 10 cryptocurrencies by market cap as of the 1st of January 2018.

I'm trying to keep it simple and accessible for beginners, a type of homemade Index Fund (and hopefully a bit of a proxy for the entire cryptocurrency market) for those looking to get into cryptos but maybe not quite ready to jump in yet.

No selling. No trading.

February Winners - Litecoin, easily - up 42% in the month of February.

Litecoin was followed by Bitcoin, up about 20%.
February Losers - NEM wins first loser,  cut nearly in half, down -45% followed by Cardano and Stellar Lumens both down about -32% in February.

Since the beginning of the year, only one of the Top Ten cryptocurrencies is in the green:  Ethereum, up a total of about 20%. 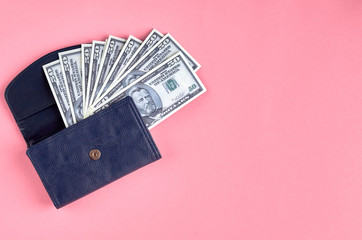 Worst performer so far this year? NEM, down a whopping 58%.

Up to nearly 42%, a massive move from the end of January, when it held only 33% market dominance.

Just look at the winners for the month and for the year so far: Bitcoin, Ethereum, Litecoin.

The big three. With the overall market cap not shifting much over February (down 5%) there doesn't appear to be much new money coming into crypto.

Instead, investors already in the space are shifting from altcoins to cryptos they perceive as less risky, namely BTC, ETH, and LTC.

It also appears that just focusing on the Top Ten may not be a winning strategyin 2018 as the Top Ten are down -32% so far when the overall crypto market is down only -19%. Only!

Another one of the underlying questions for the experiment is: considering how much growth there was in 2017, are cryptos still good place to put your money in 2018 compared to other investments?

To have something common to compare the cryptosphere to, I will also be tracking the S&P 500. The stock market had a pretty rough February as well and the S&P is down quite a bit for the month. And since the beginning of the year, January the S&P 500 has only seen a 1% increase.

If the experiment ended today, the story would be that 2017 boat had sailed and that crypto was a horrible investment decision in 2018.

In fairness, the stock market hasn't been much fun either so far this year. With 20/20 hindsight, if re-given the choice to invest the initial $1k in the Top Ten cryptos and being down -32% or being up 1% (S&P 500) I'd probably pick: neither. I would have been better off in a high interest savings account!

That said, a year is a long time. It does feel like crypto has bottomed out and the optimists are gearing up for a bull run.

I'm committed to sticking it out so stay tuned! At least no one can accuse crypto of being dull!